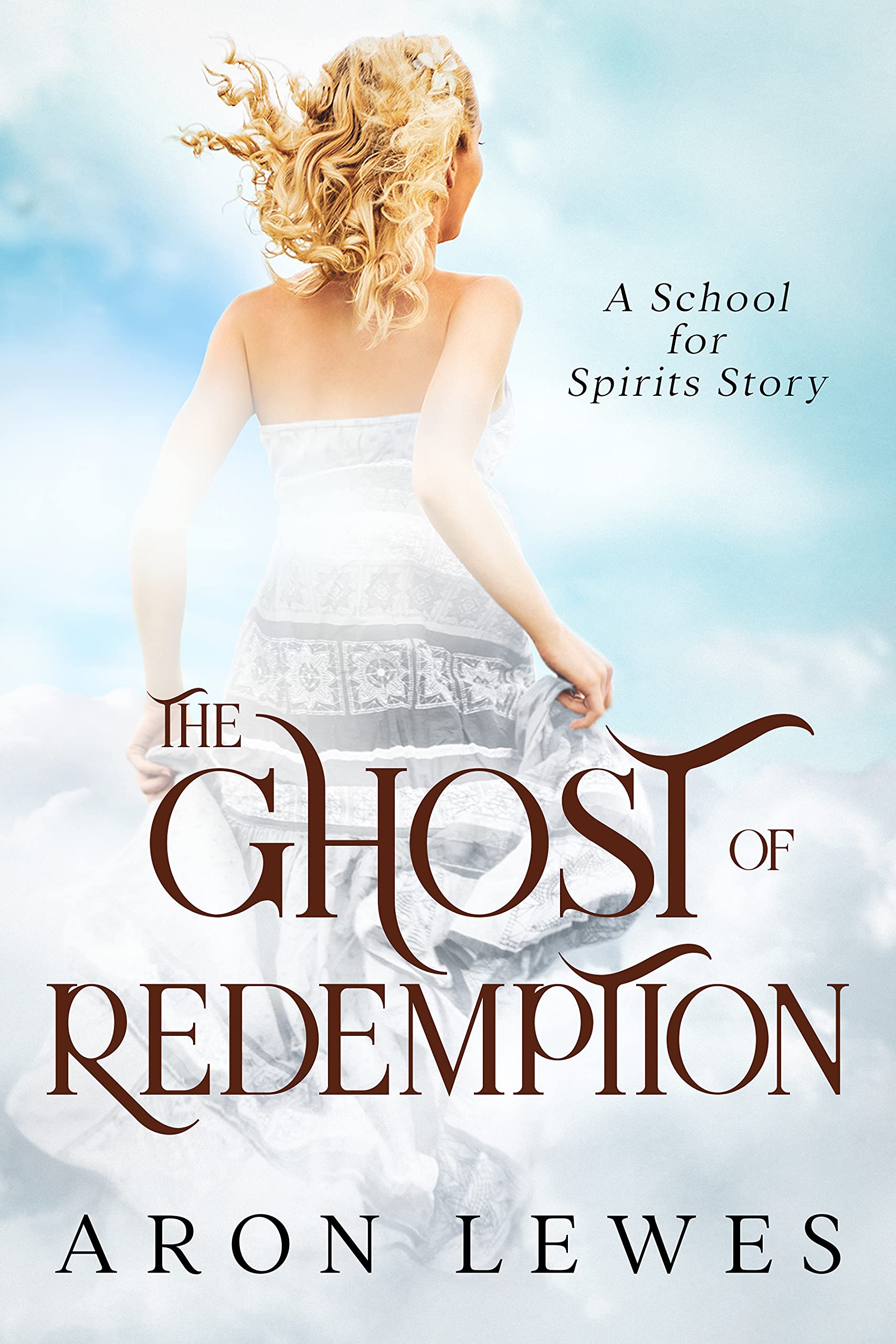 The Ghost of Redemption: A School for Spirits Story

Forever and Ever Love (Love Beyond Reason Book 2)

A deadly virus. A brilliant, young researcher. And an infected survivor who threatens to steal her heart.In a society ruled by sanctions and curfews, Dr. Meghan Forester emerges as the youngest and most promising scientist to join the fight against Makanza - the deadly virus that's ravaged the world.Inside Compound 26, a giant government-controlled research facility, Meghan's new job involves studying the Kazzies, the rare survivors who carry the virus and now exhibit supernatural powers. But as her work unfolds, Meghan's horrified at the brutal and unethical practices the Kazzies are subjected to. And most surprisingly, she falls in love with one.Faced with growing conflict over helping the Kazzies versus following the Compound's strict policies, Meghan must choose: obey the government's... 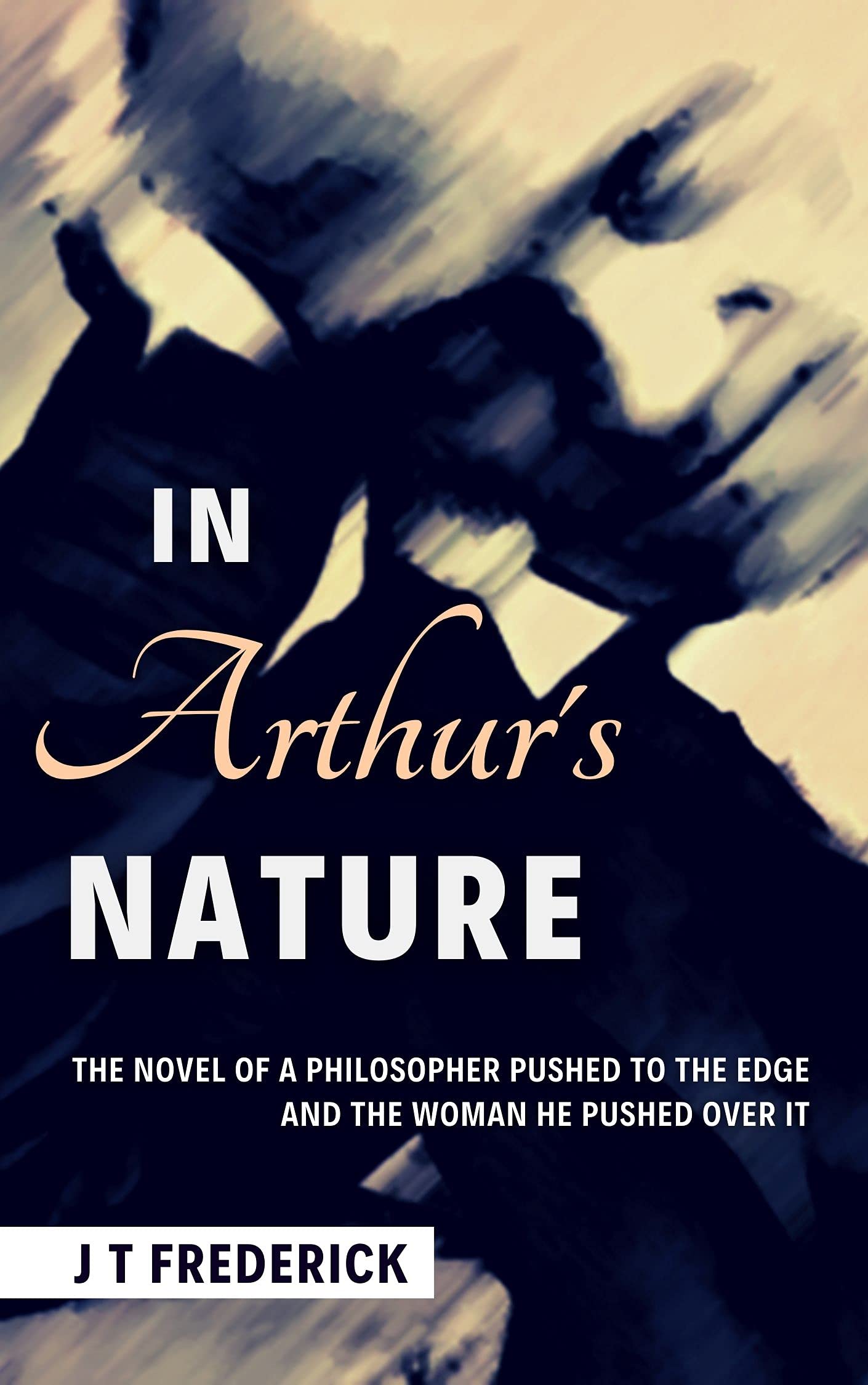 In Arthur's Nature: The Novel of a Philosopher Pushed to the Edge and the Woman He Pushed over It 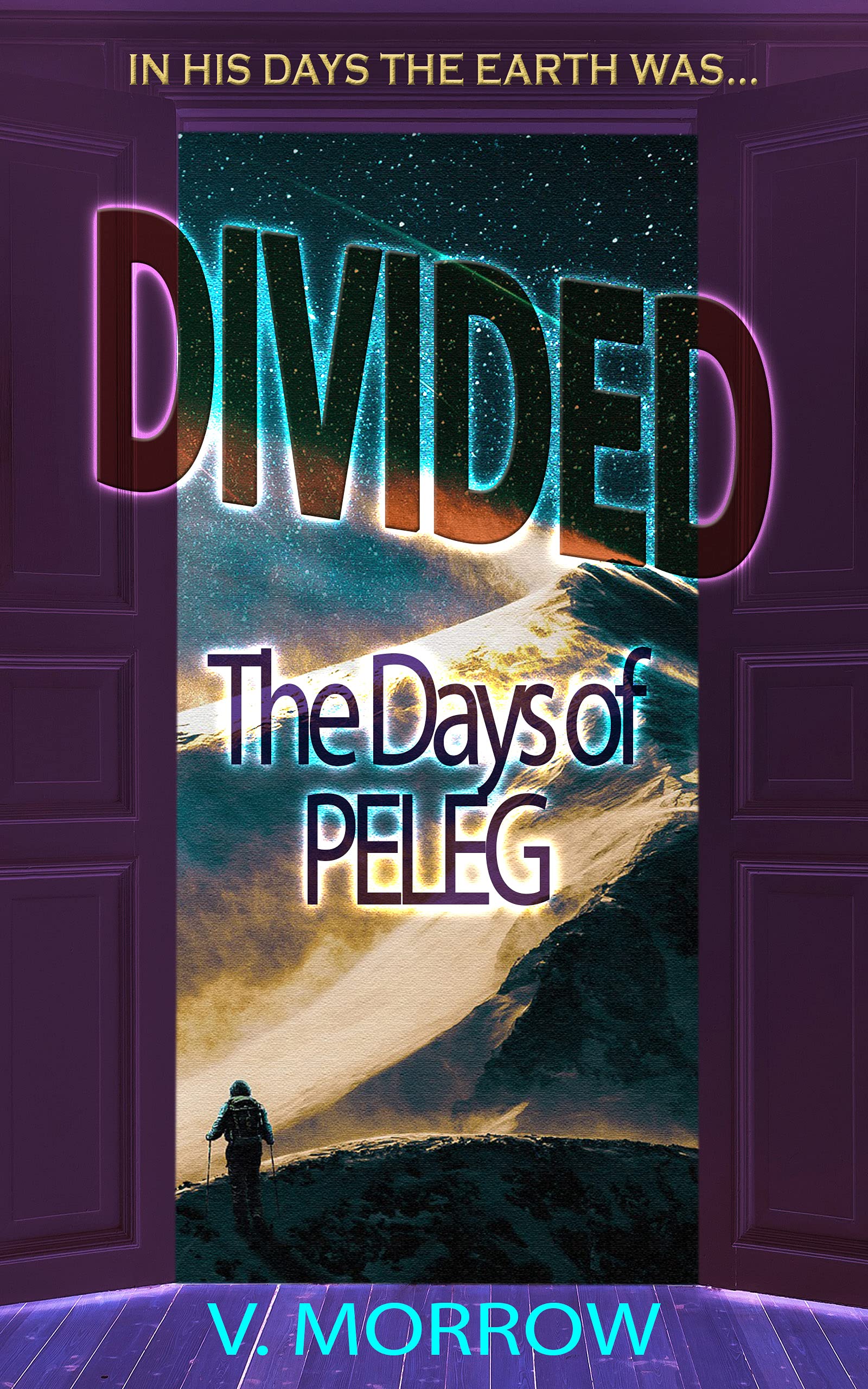 DIVIDED: The Days of Peleg (Bearer of The Seed Book 2)

Alchemy of a Witch: Part One: Calcination and Dissolution (A Dark Root Ancestry Book 1)

She Dreams of Me (The Children of Clay) 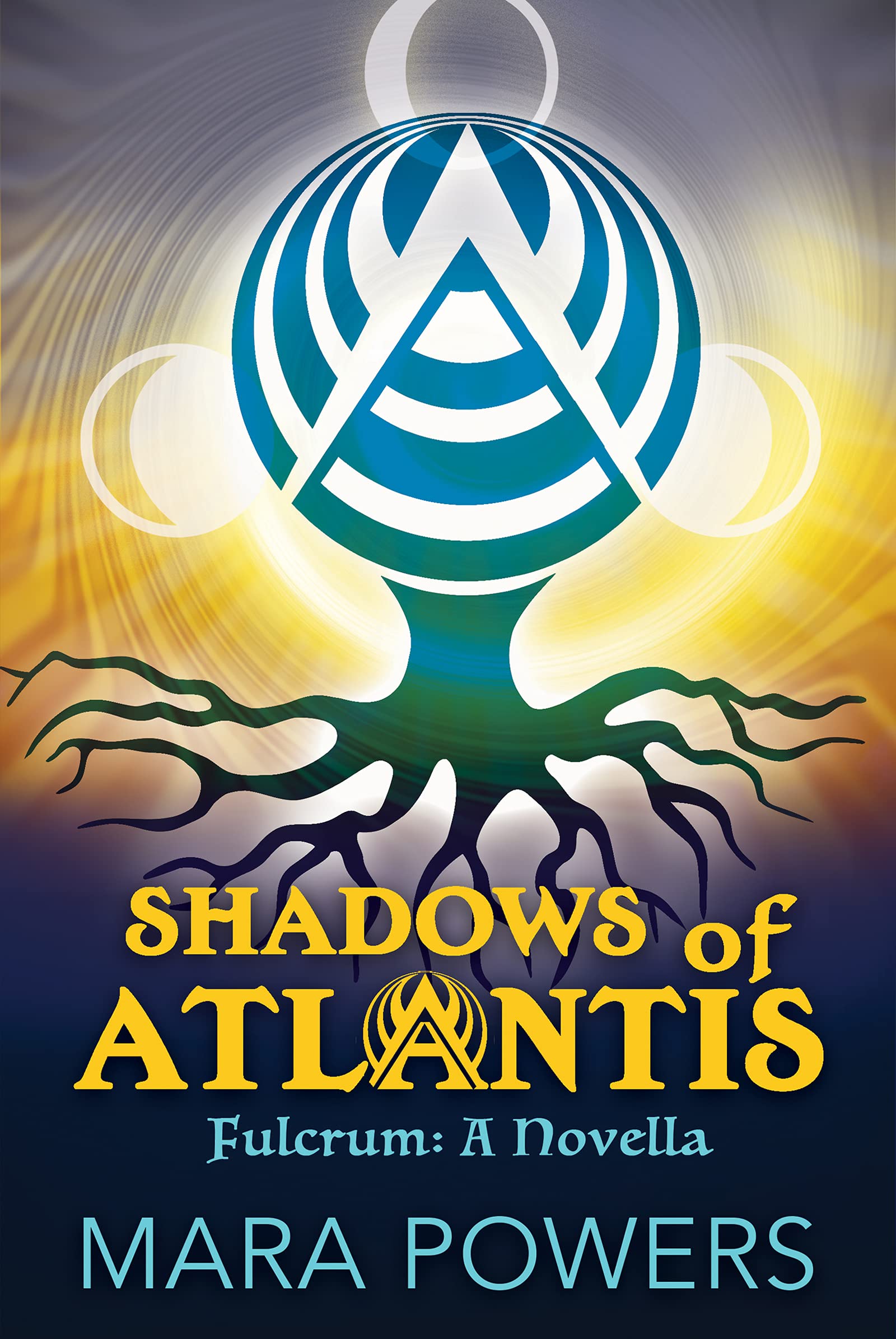 Seduced by Sunset: A Dark Vampire Romance (The Mating Games)

Doctor Caroline Emerson, a Nobel Prize winner in Medicine, is a guest on Mary Ann West's wildly popular show 10 with Mary Ann. The interview is viewed live by 500+ million viewers.
The doctor's prize-winning patented tech is being implemented and offered to the public, but not everyone is enthusiastic about the innovation - to put it mildly. Emotion Markets start to operate in major cities around the globe. Citizens are finally able to buy emotions and control their intensity!
Caroline's dream of helping people by allowing them to improve the psyches and eliminate negative emotions is finally becoming a reality. She knew society would be better for it.
However, there is intense social unrest created by skeptics and ...

TAKEN: A Metaphysical Fantasy (Bearer of The Seed Book 1)

The Spiritual Adventures of Russell the Dog: A Blend of Truth, Fiction and Inspiration From the Other Side

Katie Bishop would have taken her secret to the grave, but . . . a bunch of fat cat society folks smelled her out and made her an offer she couldn't refuse.Katie just wants to run her tattoo business quietly under the radar. But when a man walks into her shop and hands her a drawing of the same tattoo she's been dreaming about for weeks, things start to spin out of control. The last two people who tried to apply that tattoo are dead.Only half human, it's her other half that an elite group wants to hire—a group of Savannah's more privileged citizens, including the city's reigning coven of witches.There's a rogue god on the loose, and Katie is the only one who can send him back to hell before he breaks open the crossroads and lets the underworld waltz right in—if he manages to get that d...

How to Change the Way You Think: Your Journey to Finding Happiness

Do you daydream about amazing adventures? If you do, you’ll understand how Henry Wiggins’ mind works. "The Daydreamer" is a fantasy about a man who can’t stop daydreaming. Henry’s adventures range from the dangerous and daring to the sexual and sad, often with an eye to improving the world. Henry is a man on a mission to save the planet from its problems while having a good time himself, despite the cynical overtones of his wife and his boss. Whether he is climbing mountains, discovering ancient cities, solving political problems or saving sea creatures, Henry carries on his work with a stimulating mixture of humour and hubris....

THE QUEEN OF MEAN: The Conversion of a Cold and Prejudiced Heart

In this Fantasy Magical Realism novella, an embittered bureaucrat who works with immigrants is transformed by the spirit of her tattoo. Written by an English as a Second Language teacher based on stories she heard from students, this novella is funny, poignant, and inspiring. Like The Christmas Carol in its era, The Queen of Mean points the way to peace and connection in a world too filled with anger and polarization....

Speak To Me Again: Poems and Reflections - For modern times; for all time

If you like philosophical reading this book is full of historical, contemporary, and religious principles demonstrated through the character’s thoughts, questions, and experiences. If you feel like things happen for a reason and wonder about the meaning behind the messages we receive, walking with the character in this book will help connect messages and feelings with spiritual essence and human reality. It is the author’s hope that the words in this book find meaning in your heart and helps bring you closer to peace and joy in life in spite of the difficulty and suffering that you may face. The author understands devastation and pain in our earthly existence. The author also understands the beauty of salvation and grace. Through the course of the year as you walk with the character in...

The Innocent (The Bamberg Trials Book 1)

During one of the darkest periods in the history of Europe, the Prince Bishop of Bamberg has falsely accused Veronica's father of witchcraft, arrested him, and ordered him to be burned at the stake. Refusing to heed the warning of her father that she escape before she is also accused, Veronica seeks to save her father and is caught in a fight which she had never imagined she would be a part and a fight her father wanted her to avoid – a three-way war among the mortals, the witches, and the Innocents.

With the mistakes of her youth resulting in the false accusations feared by her father, Veronica discovers that her only chance to prove her own innocence is to form an alliance with one of the most powerful and infamous wielders of magic in the region and to form an unlikely a...

In this young adult, paranormal, fantasy romance, when faced with using her new power as a new witch, Morgan discovers she has a special affinity for one particular wand. Now she just needs to face her fear of magick....

Journal of a Stranger

by Travis I. Sivart

Award winning author Travis I. Sivart penned the diary of a "fictional" character who threads himself through the author's collective works, giving hints and peeks into other times and places. A thrilling and unique look into the private journal and the mind of THE time travelling adventurer, Jack Tucker. He gives his quirky and intriguing views on topics such as physics, poetry, ghosts, politics, and evolving individually and as a species, as well as tantalizing hints about the past, present, and future over 70,000 years of history. Fans reaction to Journal of a Stranger: So I finished the "Journal of a Stranger". I noticed a few things in this wonderful work of fiction. First is the parts on what is reality and perception of the mind which is a constant theme in the book. Second is th...

‘How about we pretend,’ he said, ‘just for today? I pretend I’m good and you pretend to believe me.’

When a spate of vandalism at a small English church is followed by a brutal ritualistic execution, suspicion falls on malign religious sect, Mesmeris.

Pearl is seventeen and naïve, no match for enigmatic, dangerous Jack. Seduced by his charm, she finds herself drawn into the murky world of the twisted, violent cult. Her love for Jack puts her own life in danger, and leads her into conflict with not only Mesmeris and the police, but also her own family....