Ten years ago, Lyla Masterson left a party on Terror Island and was never seen again. Her best friend, Jamie Lawrence, fled the island and the people she loved most, vowing never to return. But when her older brother decides to have his wedding on the island a decade later, Jamie is forced to return and face the ghosts of her past. She is only back a few minutes when a dead body is found. Now Jamie is forced to make amends with the only man she has ever loved - Ryan Stevens. He's a cop now, and still in love with Jamie. As they work through their feelings, Jamie learns more details about her friends and family that shed new light on Lyla's disappearance.As decade-old secrets are revealed, Jamie soon realizes that her time in paradise is about to turn deadly....

Thirty-Four and a Half Predicaments (Rose Gardner Mystery Book 7)

The Ear in the Wall: Detective Craig Kennedy's Mystery Case

by Arthur B. Reeve

Professor Craig Kennedy is a scientist detective at Columbia University. He uses his knowledge of chemistry and psychoanalysis to solve cases, and uses exotic devices in his work such as lie detectors, gyroscopes, and portable seismographs."The Ear in the Wall" – District Attorney Carton is running for elections and is trying to clean up the corruption that has ruled the city, especially a few major criminals that have bonded together to keep things lucrative for themselves. In order to unravel a tangled web of corruption and criminal activity he will need a help from Professor Kennedy and his sidekick Walter Jameson....

by Rosie A. Point

Out of Practice Aphrodite (The Goddess Chronicles Book 1)

Abby’s major screw-up brings the wrath of Zeus upon her head. He offers her a choice – work for him or spend the rest of her days hanging out in Hades with her ex-husband. For Abby, this choice is a no-brainer, especially when Zeus says the only thing he wants her to do is make a love match.
She’s the Goddess of Love. What could go wrong?

Abby stumbles into an ex-lover, a dead demi-god and the realization that a crucial relic has been stolen right out from underneath Zeus’ nose. Eris, the Goddess of Chaos and Discord, is behind the theft and murder and the faltering powers Abby is trying to keep secret. With Zeus breathing down her neck, she’ll need to keep her wits about her as she races against the clock and Zeus’ imposed two-wee...

The Corpse in the Cabana (Viola Roberts Cozy Mystery Book 1)

Sassy, snarky Viola Roberts quit her boring accountant job to pursue her dream of writing novels, even if it meant eating ramen noodles every day. Now that her career has taken off, she’s headed to a writers’ conference at an exotic Florida resort complete with white sand beaches and swaying palm trees where she plans to lounge in the shade drinking frosty beverages with little umbrellas. And, of course, no sojourn to tropical climes would be complete without her boozy, wise-cracking best friend, Cheryl. When Viola discovers the diva of the author world dead (as a doornail) of unnatural causes, the police immediately consider Viola their prime suspect. But when the head detective turns a gimlet eye on Viola’s best friend, the author has had enough! Along with help from hunky fellow w...

Death of a Fairy Tale : Book 1 of The Mari Fable Mysteries

Sweet romance. Witchy Mystery. Cozy good times.Family legacies are a curse!Welcome to the Lost Souls ParaAgency, where agents work together to ensure the safety of humans and to prevent exposure of the paranormal community.The Assignment—stop witches from creating magical chaos in the small town of Burberry, South Carolina. There’s no dead body… yet. And there won’t be if Lex Dimas takes this assignment. Forced to take on the occasional paranormal case by his manipulative grandfather, he’d prefer to spend his days striking deals in the boardroom. Instead, he’s stuck in small town Burberry searching out witches who intend to harm the unsuspecting townspeople. Only, he doesn’t come upon a group of hateful witches—instead he finds a sweeter-than-peach-pie tea shop owner who wo...

"I don't expect to find my daughter alive and well. I have resigned myself to the fact that she is dead and gone. All I want to know is what happened to her."FROM THOMAS FINCHAM, THE NEW VOICE IN THE CRIME AND SUSPENSE GENRE, COMES A HEROINE UNLIKE ANY IN FICTION.Echo Rose is fearless. Feisty. Funny. She will stop at nothing to get to the bottom of the truth...Dark, twisty, and highly addictive.Once you start you won't be able to put it down!Ten years ago, a woman was taken for ransom and never seen again. Now another woman has been taken.Grace Kelly Sanderson is living a quiet and mundane life as a call center agent. When a reporter is found badly beaten in a ditch, Kelly turns into her alter ego, Echo Rose, and begins searching for the people responsible. Meanwhile...

Where Did She Go? (Michelle Watson Thriller Book 2)

Nobody sheds a tear when the body of Scott Stevenson, a local troublemaker, is found with an ivory tusk driven through his torso.After DCI Alex Warren and his team are given the task of tracking down the killer, they investigate the numerous people Stevenson has harmed and stumble upon a web of crimes motivated by sex and greed. As the body count rises, they struggle to close the case before more lives are lost.First book in the Scottish crime series by Zach Abrams, Made A Killing is a fast-moving, gripping tartan noir mystery set in the tough, crime-ridden streets of Glasgow.What readers are saying about Made A Killing:- Tight cast of interesting characters- Mr. Abrams does a great job of bringing the gritty streets of Glasgow to life- I found it so hard to stop reading that I missed my r...

IN THE SIXTH BOOK OF THE SERIES KANE AND LUCY FIND THEMSELVES WITH TWO CASES TO SOLVE: ONE AN APPARENT MURDER/SUICIDE, THE OTHER A TRAGIC ACCIDENT -- BUT NEITHER CASE IS QUITE AS STRAIGHTFORWARD AS IT APPEARS.

When the police discover the body of Cynthia Hughes in the kitchen floor and her husband Bob hanged in the garage it seems like an open-and-shut case – but Bob’s mistress, Angela, doesn’t buy it and she hires Kane and Lucy to find the real killer. Meanwhile Mike Kingsley’s son has died after being struck by a train and the police have ruled it an accidental death. But was it? As Kane and Lucy struggle with the two cases simultaneously they discover that they have something in common – neither case is quite what it seems to be…... 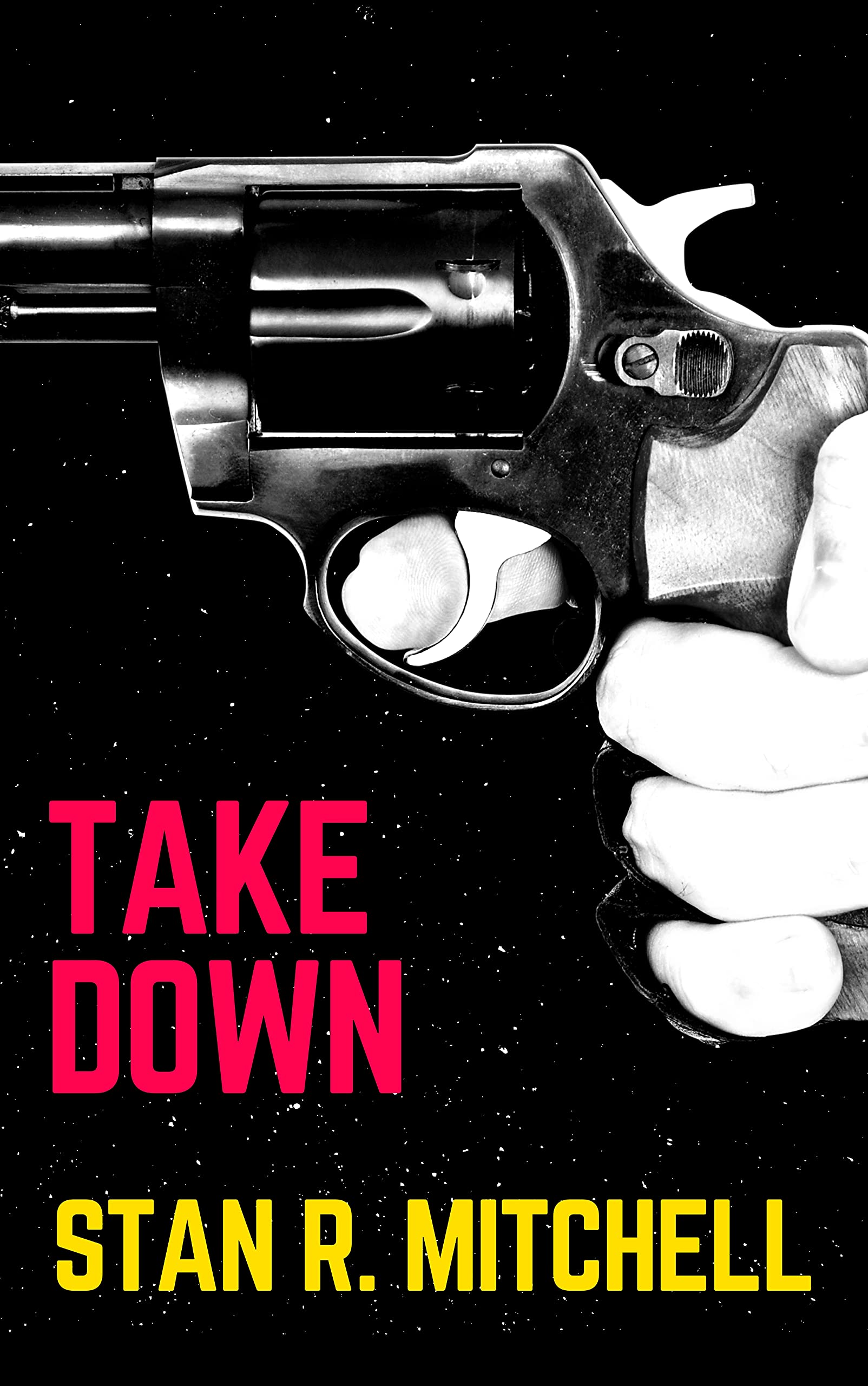 (This is a three-book compilation of the Detective Danny Acuff serial.)

From Book 1's description: Detective Danny Acuff’s marriage is on life support. And, he’s been forced to take a boring job as a small-town detective in a dumpy, sleepy, little town -- it's his final, desperate attempt to save his marriage.

Danny figures his life can’t get much worse. Danny couldn’t be more wrong.

Turns out this small town in Akin, Tennessee, isn’t so sleepy after all

(Fans of the hit TV series “Justified” should love every moment of this series, as should readers who enjoy James Patterson and Robert B. Parker’s “Spenser series.” Additionally, it's worth nothing that while each serial ends on a cliffhanger, this three-book serial i...

Max Walters is a busy bridal consultant with dreams of being a designer. When her boss goes on vacation, things quickly unravel when one of her brides-to-be collapses in the shop during a fitting and dies at the hospital soon after, apparently poisoned. When her childhood friend is accused of the murder, Max decides to investigate and clear his name. With help from her new assistant, Keiko, and the other colorful residents of Crystal Shores, Max begins to weave together a list of suspects, much to the concern of the handsome Detective Cruz. Will she be able to tie up the loose threads and catch the murderer - or will the murderer get to her first?...

When Cassie Coburn moved to London, she never thought she'd be involved in a quadruple homicide.After a car accident ended her medical career before it even started, Cassie moved to London on a whim, expecting to see the sights and live the typical tourist backpacker lifestyle.Instead she finds herself accompanying a French private detective, Violet Despuis, as they attempt to find out who poisoned four people in the middle of London. Cassie's life soon includes this crazy detective, an ancient landlady with a curious past, a mischeivous orange cat who likes going for walks on a leash, and a super hot pathologist that Cassie is sure is out of her league.And they haven't even found the murderer yet...The Cassie Coburn mysteries are a cozy mystery series featuring a Sherlock-holmes style sle...

Another Ridiculous Week in Bakersfield (or Archie, Elise, and the Class of 1997) (or Stage Fright!) (An Archie and Elise Mystery)

Veteran narcotics detective Caleb Alden is a portrait of tolerance… Enduring the suicide of his teenage son, the dissolution of his marriage, and the aggravation brought on by incompetent supervisors has only made him better at what he does.When set to launch a major investigation into the Bronx heroin czar, a man called the Nasty One, the hierarchy of the NYPD insists on interfering. Caleb packs up his twenty plus years of service and retires. Walking away from life as a cop turns out to be the least of his problems, as he now finds himself alone, unchallenged, and hearing uncompromising voices. Battling for a new purpose in life, he connects with his old friend and colleague Sergeant James Paul McCormack. The Sergeant is under intense pressure to find a killer who has been decorating ...

The New Page-Turning Prequel Novella to the Harry Briscombe SeriesEdward Hamilton is an educated, respectable Lawyer, seemingly devoted to his children and struggling to save his rocky marriage. When his wife, Serena, accuses him of physical abuse and calls the police, PC Harry Briscombe is put onto the investigation in what proves to be his last case before transferring to CID. Ed Hamilton dismisses his wife as a fantasist with a habit of making false claims against him. His wife claims that this is not the first time he has hit her and that this time she will follow through with a Prosecution.As Harry probes further, he realises the extreme intricacies involved in establishing the truth. For who can ever really be sure what goes on behind closed doors?A gripping, page-turning Prequel No...

A week-long stay in a creepy Connecticut mansion is replete with hidden passageways, disappearing corpses, and quirky inheritance recipients.  And if that’s not enough to make for hair-raising moments on the secluded, storm-bound estate, how about a ghost named Fred?The stipulation in the will of Jill-Jocasta Fonne’s aunt reads: if a guest leaves early, his or her share will be divided among those remaining.  The first one to leave - permanently - dies just hours after arriving.Soon, people start dropping like flies. Donning amateur sleuth caps, Jill and her associates, Rey and Linda, attempt to solve the mystifying murders. Others jump in, and the bumbling and stumbling - and mayhem - begin.Praise:★★★★★ - "Will keep you amused - and guessing - from beginning to end."...